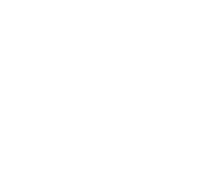 Literary Configurations(Configurations littéraires) brings together all University of Strasbourg scholars conducting research on French, French-language and comparative literature. It covers literature theory and history as well as the comparative study of French and foreign literatures across the eras. It comprises three research centers that work both independently on their own projects and jointly on cross-cutting projects.

Our scholars work on two main research areas (Literature and History and Borders and transfers), with collaborations between all three of our member teams.

We also have a collection bearing our name,Configurations littéraires, at the Presses universitaires de Strasbourg.

We have also been supervising the Interdisciplinary Thematic Institute on “Ethics, Literature and Arts” LETHICAsince January 2020.

Mapping Otherness in the North | Call for paper

Colloque Uncertain landscapes: representations and practices of space in the Age of the Anthropocene